Whistle Mahalakshmi is going to entertain you all: Ram Pothineni 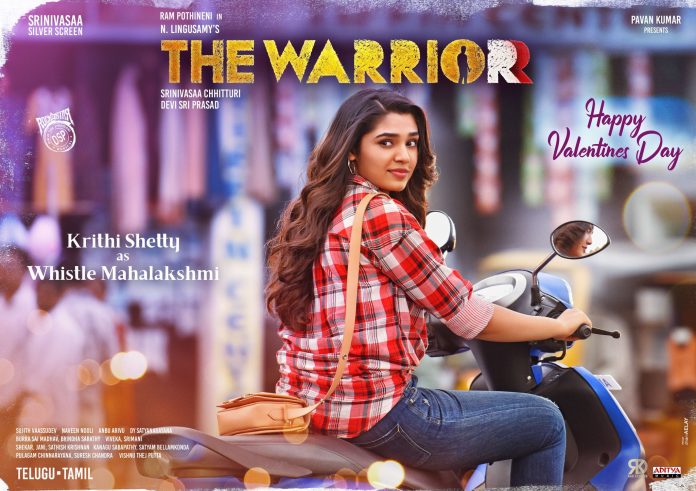 Whistle Mahalakshmi is the name of Krithi Shetty’s character in ‘The Warrior’, Ram Pothineni’s 19th movie. Directed by N Lingusamy, the character is set in the context of a love story that unfolds in Kurnool.

Ram, who is a cop as per the story, falls for Mahalakshmi, who is an RJ by profession. The buzz is that the ‘Uppena’ actress garners craze among young listeners by whistling in her shows on an FM station.

With music by Devi Sri Prasad, the film is being made simultaneously in Telugu and Tamil. “The love story between the lead pair is as important as the action part. The film is shaping up really well,” the makers today said.

The release date of this bilingual will be announced soon.