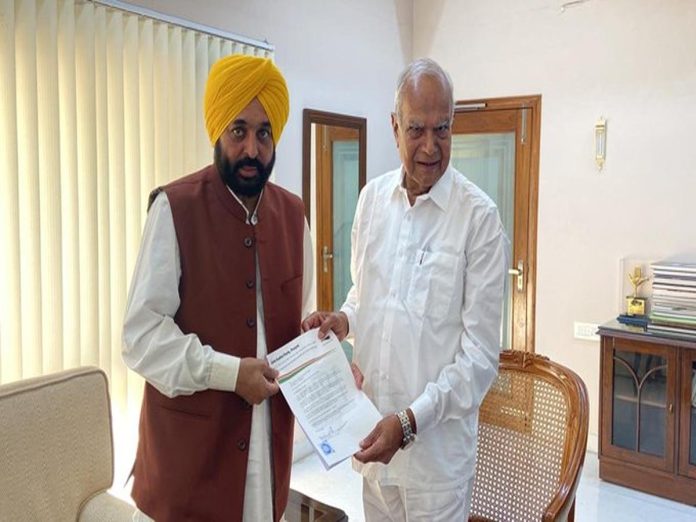 Today, Punjab CM designate Bhagwant Mann met Governor Banwarilal Purohit and handed over the support of MLAs to form the government in the state. Post meeting Governor, Mann said that Governor asked him where he wanted to take oath as new CM of Punjab.

He also said that they have a good cabinet and they will take historic decisions that were never made before in Punjab. Yesterday, Bhagwant Mann met AAP Convener , Delhi CM Arvind Kejriwal and Deputy CM Manish Sisodia and invited them for his swear-in ceremony.