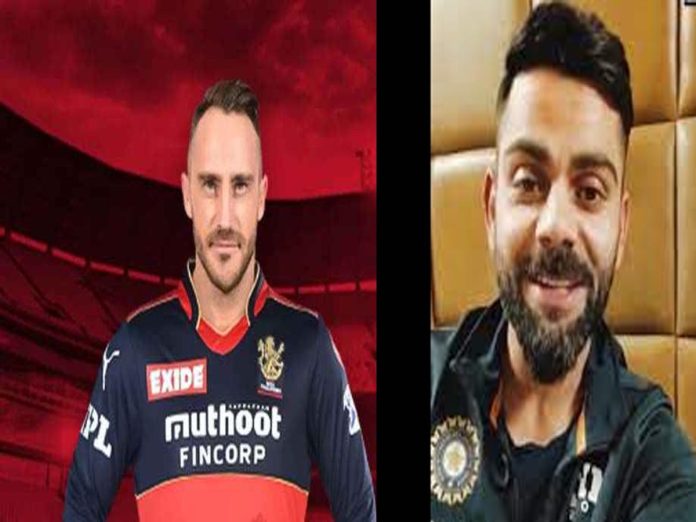 In today’s RCB Unbox event, the team management has revealed the new Captain of Royal Challengers. It’s a bit of a surprise for everyone. Faf Du Plesis is the new RCB Skipper. Earlier there were speculations that Glenn Maxwell would be the new Skipper of RCB.

After the Faf was announced as new RCB Captain, Virat Kohli released a video message and shared his bonding with him. King Kohli is excited to play under Faf and eager to start IPL 2022 with Glenn Maxwell and other new teammates of RCB.

As quoted by sports analyst CricCrazy Johns, AB Devilliers said “I am so happy for Faf Du Plessis, there was no doubt for me who was the captain when they picked Faf Du Plessis at the auction”.

RCB’s new jersey will be launched today at 7 PM in the unbox event. Speaking at RCB unbox event, Faf said, “Virat Kohli is well respected, he has changed Indian cricket, I have seen it live under him, India was fighting fire with fire, the energy he brings will be really important for RCB”.

Faf Du Plessis said “It’s tough to fill the shoes of AB, he is an absolute great of the game, I can’t even imagine that”.