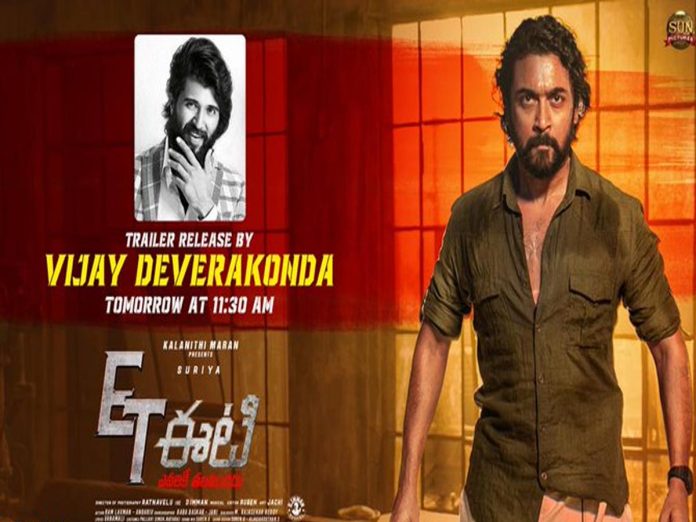 Tollywood Hero Vijay Deverakonda will release the most awaited Telugu trailer of Suriya’s ET tomorrow at 11:30 AM. ET teaser, songs which released so far have left a good impression on fans and movie lovers.

It was Suriya’s first theatrical release since Covid-19. Soorarai Pottru and Jai Bhim which released on Amazon Prime created a huge sensation across the globe. The expectations on ET are humongous. ET is released in multiple languages including Tamil, Telugu, Hindi, Malayalam, and Kannada.

ET is confirmed for the grand release on 10th March 2022.