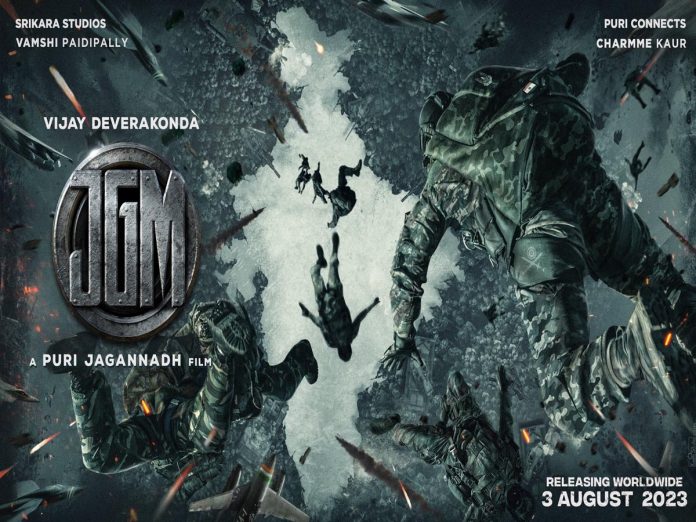 ‘Arjun Reddy’ fame Vijay Deverakonda and director Puri Jagan have been collaborating for the second time for Jana Gana Mana(JGM). Their first film was Liger, which was ready for the release.

‘Maharshi’ director Vamshi Paidipally turned producer for this flick in association with Singa Rao of Srikara Studio and PC Connects. The film is written and directed by Puri Jagan. Today, the team has confirmed the title logo and the release date.

JGM will be released on 3rd August 2023. The cast and crew details of Jana Gana Mana are likely to be released soon. There are speculations that Jahnavi Kapoor will make his Tollywood debut with this pan India film, JGM.

Share
Facebook
Twitter
Telegram
WhatsApp
Previous articleSai Dharam Tej joins the shoot of SDT 15
Next articleNTR will begin preparations for Siva Koratala’s movie from then on!