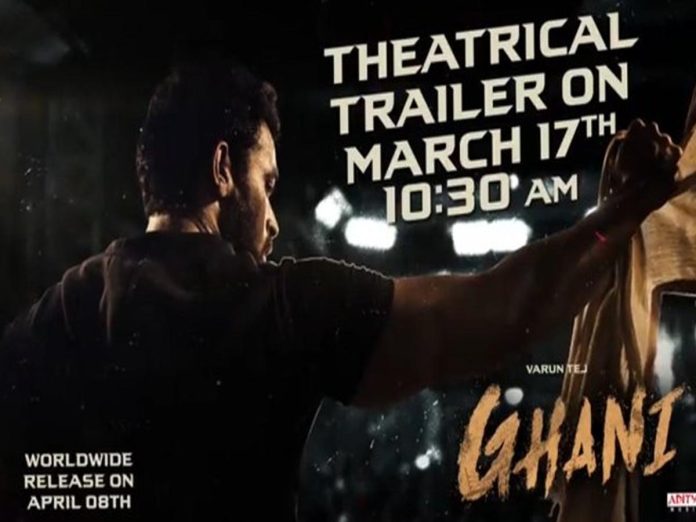 Mega Prince Varun Tej’s Ghani which has been postponed for multiple times for Covid and reshuffling of release dates have been finally all set to pack its punch at the box office on 8th April 2022. The songs which have been released so far got good reception.

Today, the team has confirmed the launch date of the Ghani movie trailer. The power packed Ghani trailer will be released on 17th March at 10:30 AM. The team is confident that Ghani will conquer the hearts of Telugu movie lovers.