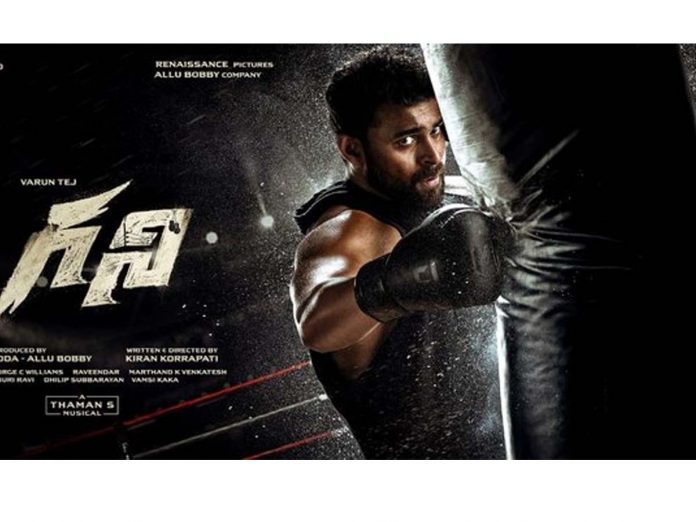 Mega Prince Varun Tej who has been entertaining movie lovers and fans with different types of entertainers has now coming as Ghani to pack punch at the box office. The promotional content which has been released so far has successful in gaining the attention of fans and movie lovers.

On the other hand, the team Ghani promoted their film in all platforms. Ghani has Varun Tej, Saiee Manjrekar, Nadiya, Jagapathi Babu, Suniel Shetty, and Upendra, music is composed by SS Thaman, produced by Allu Bobby and Sidhu Mudda, written and directed by Kiran Korrapati.