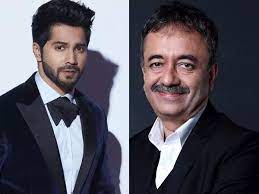 He is working on the story of the movie along with Neeraj Sharma of Nil Battey Sannata fame. This film is titled ‘Made In India’. This slice of life movie is directed by Rajkumar Hirani’ assistant director Karan Narvekar.

The shooting of Made In India is likely to start in the second half of 2022. Despite being busy with the script work of SRK’s film, Rajkumar Hirani has been involved in the story discussions of Made In India.