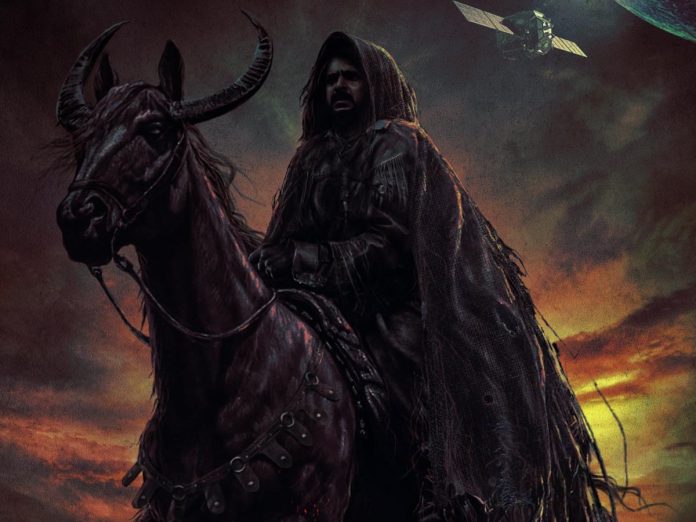 Kannada Superstar Upendra has announced his pan India’s film telugu title ‘Eppudu’ with a terrific first look poster. The first look poster was interesting and intriguing. In the poster, there is a satellite, train, buildings, dark clouds, ash dust everywhere.

Upendra is riding a horse which has horns. His face seems intense. There is burning horse shoe and amidst there is flare, which totally looks like holistic ‘Rama Tilak’. After Uppi (Upendra) 2, the Ghani actor has been directing this pan India film ‘Eppudu’. He is directing and acting in this multilingual.

Through this film, south India’s popular music label Lahari forays into production and starts ‘Lahari Films LLP’. The further details about this project will be revealed soon.

As said above, Eppudu movie’s first look has successfully created excitement over the project.