Trailer for AHA’s ‘Bhama Kalapam’ is out! 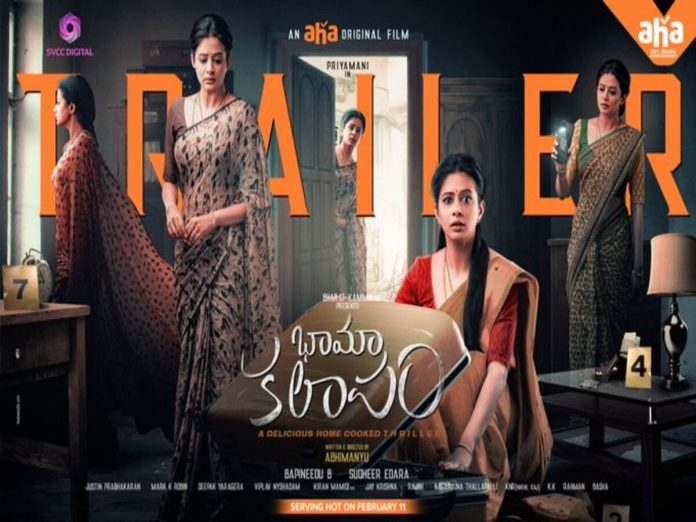 ‘Bhama Kalapam’, the upcoming web show on AHA, will be released on February 11. Starring Priyamani as Anupama, a YouTuber, its trailer is out.

Directed by Abhimanyu Tadimeti, the trailer shows that wacky characters get into trouble when a murder takes place. Anupama has a knack for deploying her smelling powers to a great effect.

The trailer was released yesterday at an event graced by Vijay Deverakonda as the chief gust. In less than a day, the trailer has clocked half a million views.
The film seems to be a crime comedy. Justin Prabhakaran (music), Deepak Yeragera (cinematography) and Viplav Nyshadam (editing) have worked on the web film.