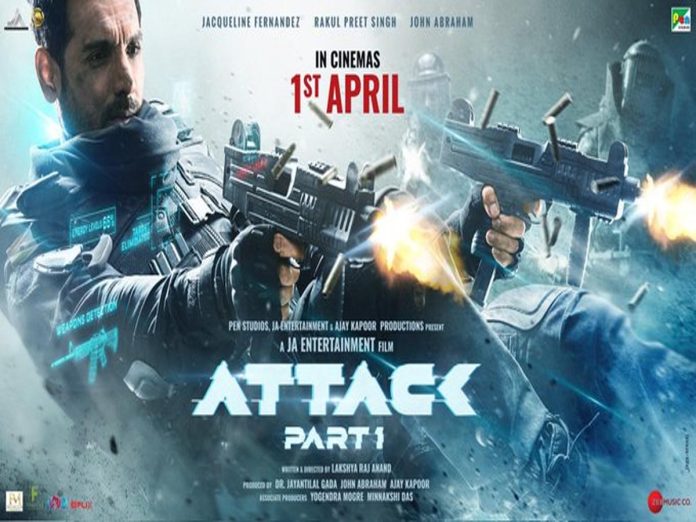 Bollywood macho star John Abraham’s Attack trailer has been dropped. This trailer is packed with high octane action episodes. John Abraham has been as usual terrific in action.

In Attack, he is been playing the role of a super soldier. This film is all about super soldier fighting against terrorism and to stop terrorist attacks. The Attack starts with a dialogue, ” The two most important days in your life are the day you are born and the day you find out why”.
The trailer Attack indicates that the movie is not only high in action but also intense emotions that captivate family audiences too. This film is a treat to action movie lovers with guns blazing, raining punches on terrorists.

The first part of Attack is releasing on 1st April 2022.