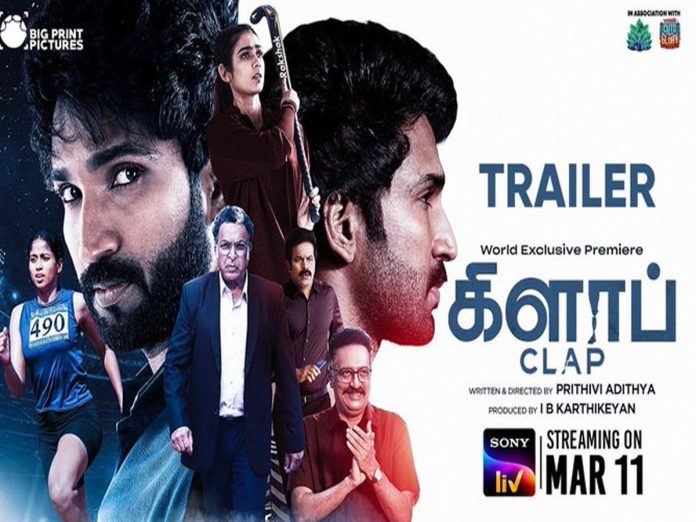 Aadhi Pinisetty is one of the finest actors down South. He has been doing films in both Telugu and Tamil. In Telugu, he has been entertaining as protagonist and antagonist.

Aadhi who has been doing a negative role in Ram Pothineni and director Lingusamy’s The Warrior has been coming up with a sports drama ‘CLAP’. In this movie, Aadhi Pinisetty is playing a never before role in his career. The trailer of CLAP is out and it has the promising stuff to turn out to be a winner. The background score of Legend Ilayaraja is terrific.

The clash between Aadhi and Nassar reminds movies like Guru. But the trailer offers an intense and intriguing stuff to entertain movie lovers. Due to covid-19, this film’ release has been postponed several times and now it has been releasing directly on SonyLiv on 11th March 2022.