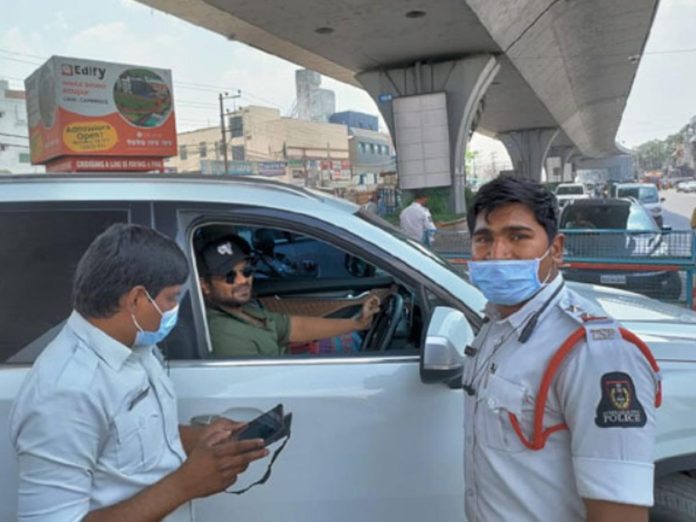 Actor Manchu Manoj was fined by Hyderabad Traffic Police Today at ToliChowki. He was fined for the black film on the glasses of the car. The Traffic Police has been running a campaign of removing black stickers and black films on the cars for several days pretty aggressively.

For violating it, a few days back, Icon Star Allu Arjun, Nandamuri Kalyan Ram, and NTR were fined. At that time, stars were not in the car. On Wednesday, Traffic Police fined Rs. 700/- to Manchu Manoj, who was driving the car.