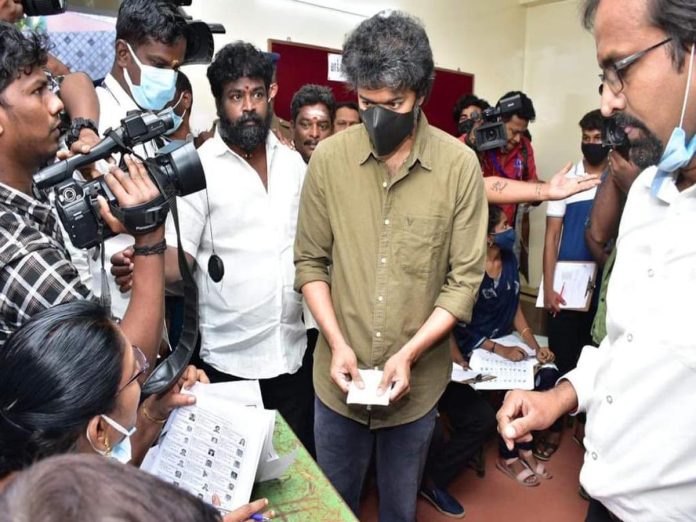 In Tamil Nadu, after ten years, local body civil elections have been conducted today for 648 urban local bodies and 12,607 ward members. It is known that the main tussle is between DMK and AIADMK.

To cast their votes, all Kollywood stars have reached their respective polling booths. Kollywood Superstar Thalapathy Vijay has cast his vote today at a polling booth at Neelangari in Chennai corporation.

While the Beast actor has reached the booth, because of the media and fans enthusiasm to see and click photographs with the star resulting in jostling and it caused inconvenience to the public, especially to the elderly.

Thalapathy Vijay who noticed it has immediately apologised to the public and left the premises. This great gesture of Thalapathy has now become talk of the town. This is not the first instance, there are many.