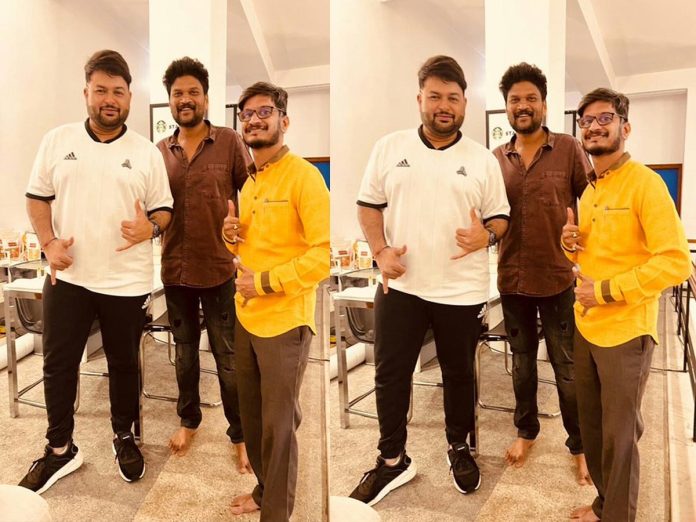 After the romantic song, it’s time for mass feat from Sarkaru Vaari Paata. It was known that the sensation created and still creating by ‘Kalaavathi’ song. It surpassed 70 million views. There were thousands of reels made on this love track.

Sensational Thaman has confirmed that they’re bringing a mass song by sharing the picture of him, director Parasuram Petla and the lyricist, Ananth Sreeram. The first song ‘Kalaavathi’ was penned by Ananth Sreeram.

The mass is said to be the title song of ‘SVP’, which is likely to be released in this month. The team has planned a surprise every month starting from February. The shooting of SVP is almost completed and soon its post production will be started.