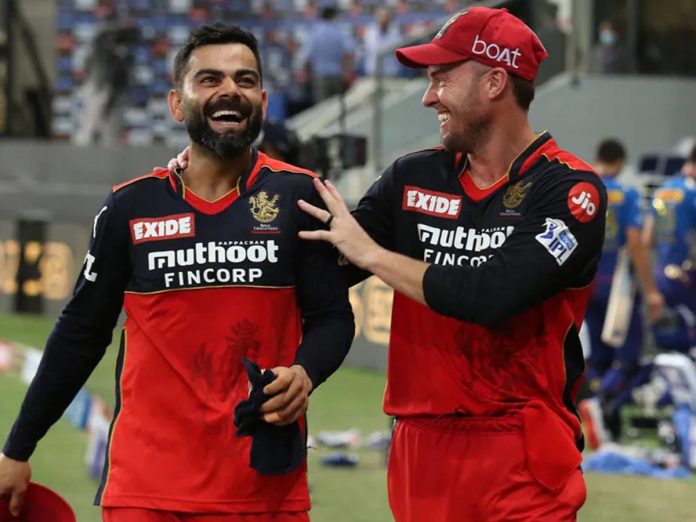 For over a decade, the duo AB De Villiers and Virat Kohli have contributed a lot for Royal Challengers Bangalore. In order to spend time with family, AB De Villiers took a break and he didn’t even register for the IPL Mega auction 2022.

And it was known that Virat passed the baton to Faf Du Plesis as new RCB Skipper. ABD expressed his happiness that Virat quit captaincy for RCB. And said it relieved a bit of pressure on Kohli. He also expressed his confidence that Kohli will score over 600 runs in IPL 2022.

Speaking on VUSPORT STREAMING YouTube channel, De Villiers said, ” I think the most exciting thing for me is Virat not being captain and releasing a bit of pressure, really just going out there and freeing up. I am expecting a very big season from Virat. I’m thinking of 600 plus runs from him this year”.