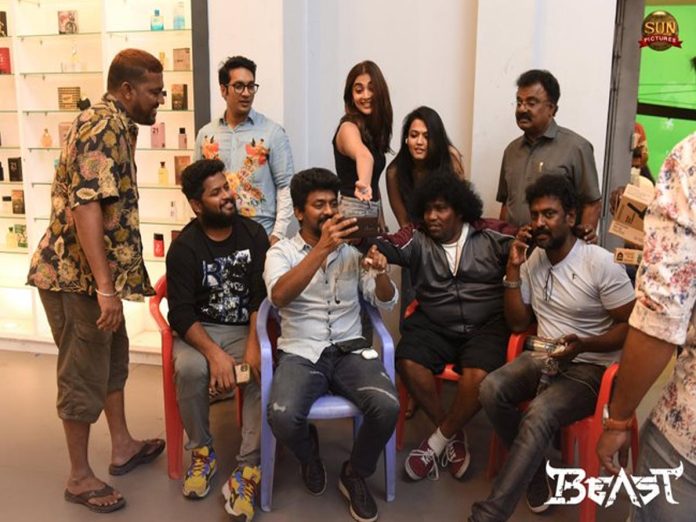 Sun Pictures slowly started promotions of Beast by announcing the trailer release date followed by releasing latest stills from the movie. A new still of Beast was out where all the lead actors of the movie were watching behind the pillar with question mark faces.

Each actor gave those curious expressions in different ways. This still assures a laughter riot in theaters. The director Nelson Dhilipkumar was a master in dark humour. The best example was Siva Karthikeyan’s Doctor.

He brilliantly dealt with the intense subject with humour. Now, the Beast is an action thriller. It has his trademark humour and action with Thalapathy’s extraordinary screen presence.

The Beast trailer will be released tomorrow on 2nd April at 6 PM.