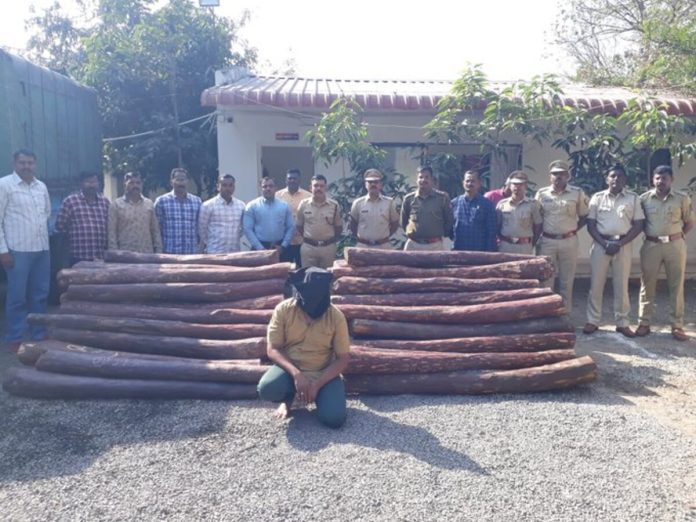 Icon star Allu Arjun and director Sukumar’ Pushpa were creating a sensation across the globe. It was a phenomenon everywhere.

According to the story, Pushparaj was a red sandalwood smuggler and reaches the top in this occupation by smuggling in different ways by deceiving police.

A smuggler named Yasin Inayithulla loaded the truck with red sandalwood on top of that he loaded with fruits and vegetable boxes in Pushpa style. He tried to smuggle 2.45cr worth red sandalwood in Pushpa way. In reel life, it is easy for filmmakers to mislead Police, but not in real life.

The Maharashtra Police proved it by detaining Yasin. Yasin was somehow successful in escaping from Karnataka Police but was caught by Maharashtra Police. They have been ascertaining the network behind him and how they are operating.