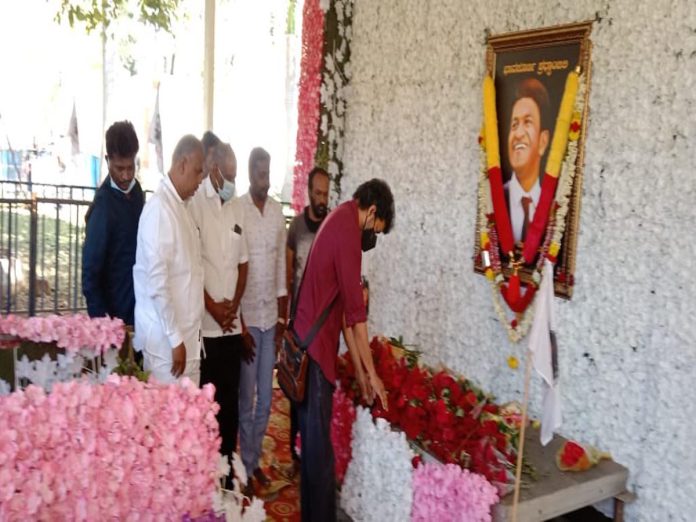 Today, Kollywood Superstar Vijay has paid homage to Late Puneeth Rajkumar at his memorial, who died last year due to cardiac arrest. Vijay didn’t pay his last respects to the mortal remains of Puneeth.

From Tollywood, Megastar Chiranjeevi, NTR, NBK, Venkatesh, Srikanth etc., have paid their respects to Puneeth. The James actor was the most loved Superstar in South India especially the film fraternity.

On the eve of Late actor Puneeth’s birthday, his last film James will be released on 17th March 2022. Megastar Chiranjeevi, NTR are said to be the chief guests of the pre-release event.

On the other hand, Vijay is prepping for his Telugu-Tamil bilingual Thalapathy 66. His Beast movie is in post production stage and it is expected to release on 14th April 2022.