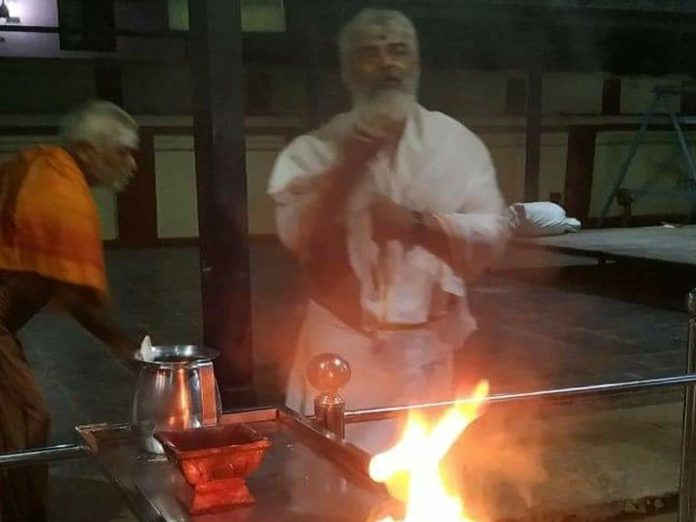 Kollywood Superstar Ajith Kumar was one of the few Indian Superstars who didn’t move whether his films created sensational records or failed at the box office. His recent release Valimai emerged as the biggest blockbuster of 2022 at the Kollywood box office despite negative reviews.

Today, pics of Ajith Kumar in a temple have been viral stating that the superstar is in Kerala and sought the blessings of almighty. These pics of Thala depict the humble nature of him. Probably, he is the only Superstar who lives life on own terms.

Coming to professional front, Ajith will soon start Thala 61 with director H Vinoth which is produced by Boney Kapoor. This is his third film in the combination after Nerkonda Paarvai and Valimai.