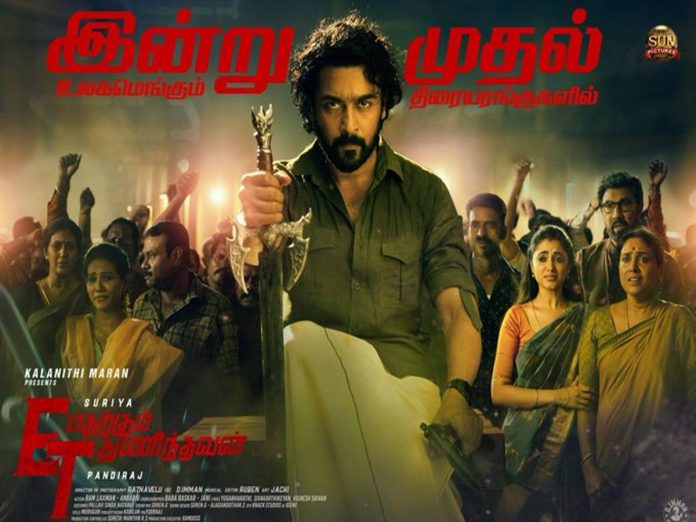 Suriya’s ET has been released all over the world in multiple languages amid pretty good expectations. This film has started its box office run with great reviews all over. Kollywood critics have given thumbs up to ET.

In ET, Suriya played as a lawyer Kannabiran after Chandru in Jai Bhim. Chandru for tribal people whereas Kannabiran for women. The director Pandiraj has become successful in blending a strong message with commercial elements.

The fight masters Ram Lakshman did a great job and their action for ET were receiving great applause from fans and masses. As per the noted Kollywood critic, actor Prashant Rangaswamy, ET is a blockbuster and it will bring women and families to theatres.

Mostly all Tamil critics Ramesh Bala, Kaushik have given over 3 ratings to Suriya’s ET. After Soorarai Pottru and Jai Bhim, Suriya scored a hattrick.