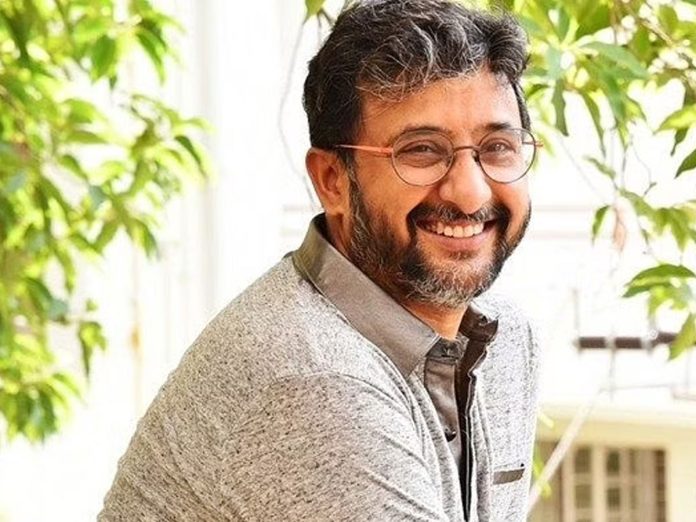 The name Vikramaditya has been made popular in recent times by ‘Radhe Shyam’. The powerful name is Prabhas’ name in the upcoming film. The same has now been used as the title of an upcoming movie by director Teja.

Titled ‘Vikramaditya’, the film is an epic period love saga set in the British-India times. The story unfolds in the days when social backwardness ruled the roost in a colonized India. To be produced by Nallamalapu Srinivas, the expensive project went on the floors today.

A debutant will be making a grand entry with this one. If everything goes well, the film will have a pan-India release.

Teja is currently doing ‘Ahimsa’, too. It stars Abhiram Daggubati as the hero. Its music is by RP Patnaik.