Teaser for Hansika’s ‘My Name Is Shruthi’ unveiled 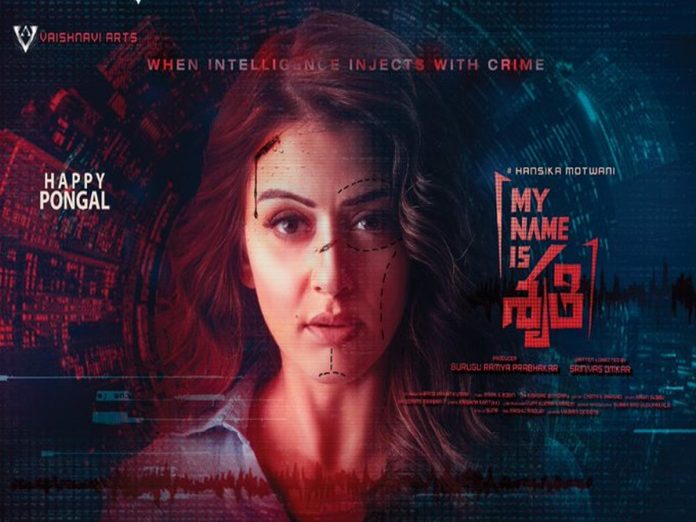 ‘My Name Is Shruthi’, a crime thriller, is fronted by Hansika Motwani. Last seen in Telugu in ‘Tenali Ramakrishna BA. BL’ (2019), the actress has played a creative professional in the movie. Prema of ‘Omkaram’, ‘Devi Putrudu’ and ‘Maa Aavida Collector’ fame has made a Tollywood comeback with this thriller.

Revolving around the criminal skin trade, the film also features Murali Sharma in a key role. Pooja Ramachandran, Raja Ravindra, comedian Praveen, and Adukulam Naren have other roles, with the last of these having a negative role.

Burugu Ramya Prabhakar has bankrolled the movie, while Srinivas Omkar has wielded the megaphone. Mark K Robin (music), Kishore Boyidapu (cinematography) Chota K Prasad (editing) and others have worked on this thriller.