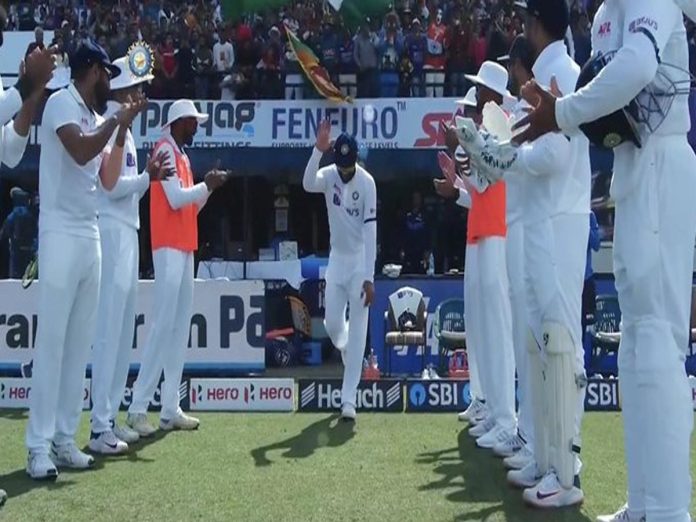 This nice gesture of Rohit Sharma has been winning applause from all corners of the world, especially Indian cricket lovers. Virat acknowledged Rohit for his nice gesture. Virat came through the guard of honour with his infectious smile and enthusiasm.

Coming to the declaration episode, Indian cricket lovers were unhappy with the decision and trolled Indian Head Coach Rahul Dravid by reminding the same sort of decision taken by him as India Captain when Sachin was on 194.

He has repeated the same in Ravindra Jadeja’s matter. There are three days left for the Test match and team India has already scored huge in the first innings with 2 wickets in hand. Just 5-8 overs were enough for Jadeja to score double hundred, who was just 25 runs away.
Rohit declared when Jadeja was playing brilliantly and aggressively on 175.

The second day’s play was completed. Sri Lanka was 108/4 and it was trailing by 466 runs with six wickets in hand. Ashwin took two wickets, Jadeja and Bumrah took each.

Prithviraj: I want to remake BRO DADDY in Tamil with Rajnikanth

Prithviraj: I want to remake BRO DADDY in Tamil with Rajnikanth