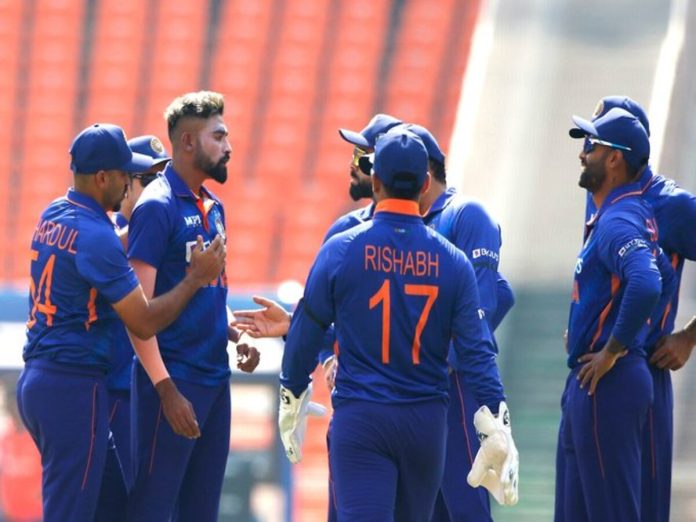 India has won the toss and decided to bowl first. By sending West Indies opener Shai Hope inside the first powerplay, he proved Rohit Sharma’ decision was right.

Mohammad Siraj bowled five overs in the powerplay with 13 runs and taking a wicket. In his five overs spell, there were two maidens. Siraj has been consistently giving early breaks in the last few seasons playing for RCB in IPL.

These two wickets were taken in the space of five balls. Both Siraj and Sundar’ brilliant bowling performance put West Indies on the backfoot.

Rohit introduced Chahal. He sent West Indies Captain Pollard(0), Nicholas Pooran(18), and Shamark Brooks(12) to Pavillion. The West Indies team lost half of its side and were in deep trouble.