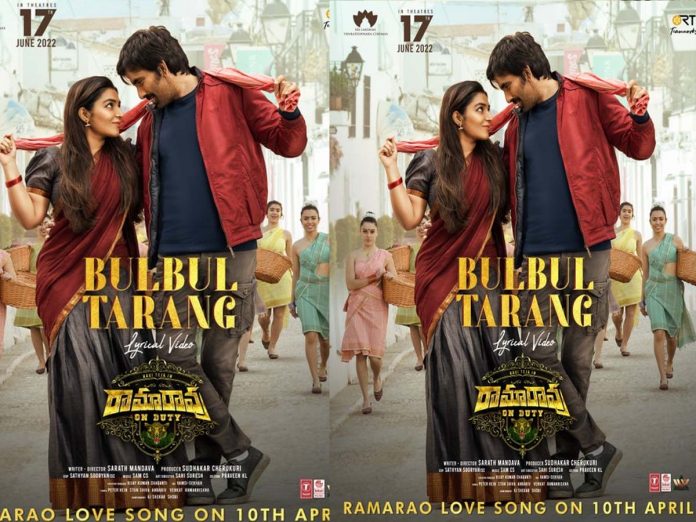 After Khiladi, Mass Maharaja Ravi Teja is ready with another action entertainer ‘RamaRao On Duty’, which is scheduled for the grand release on 17th June 2022. Its release also affected due to reshuffling of release dates for India’s biggest multistarrer RRR.

Now, the team RRR has all set to start promotions with the first single. The first single ‘BulBul Tarang’ will be released on 10th April. And this song was sung by the most happening singer Sid Sriram. Sid’ recent sensation was Kalaavathi from Sarkaru Vaari Paata.

This song is penned by Rakendu Mouli and it is choreographed by Shobi master. The director Sarat Mandav is confident that the Tamil music director Sam CS will make a grand entry into Tollywood with Rama Rao On Duty. And this song will enthral everyone.

BulBul Tarang is filmed on Ravi Teja and Rajisha Vijayan.