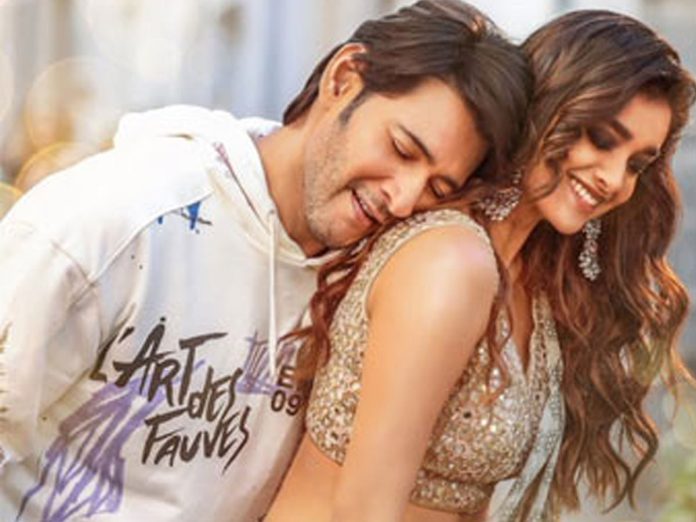 ‘Sarkaru Vaari Paata’ is scheduled to hit the screens on May 12. Today, a brand-new poster featuring Mahesh Babu and Keerthy Suresh was released.

Unveiling it, Mythri Movie Makers said that the first song, titled ‘Kalaavati’, is going to be a classical melody. Composed by Thaman, the song is slated to drop on Valentine’s Day.

The song is expected to be a melody. Nowadays, songs named after the heroine’s name have been churned out regularly. ‘Pushpa’ had a song titled ‘Srivalli’.

‘SVP’, directed by Parasuram, has Vennela Kishore and Subbaraj in key roles.