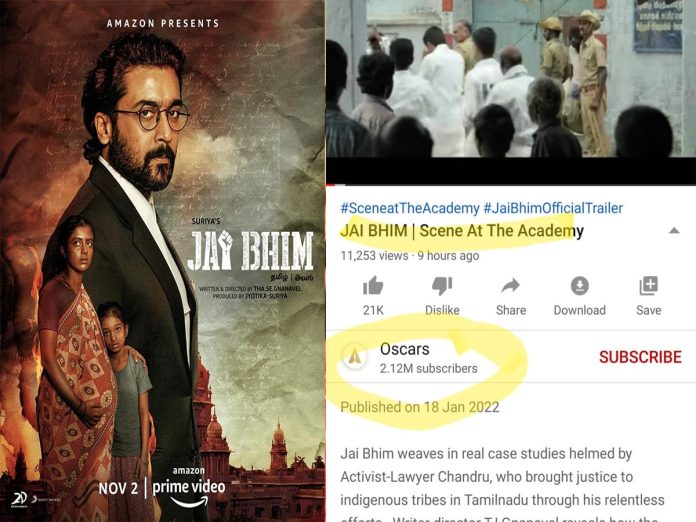 Suriya and director TJ Gnanavel’s Jai Bhim is going places. Jai Bhim which earned the love and appreciation of movie lovers across the globe got the OSCARS honour.

Jai Bhim scenes were uploaded to the OSCARS YT channel. In this twelve-minute video, the writer and director TG Gnanavel revealed how this film has been made and the research behind it.

He also revealed how caste discrimination put some castes as serial offenders. Well, this is a proud moment for India to have that honour.

Jai Bhim is the top-rated IMDB movie in the world. As per Wikipedia, It was placed 15th in a list of the highest-rated international films of 2021 by social networking site Letterboxd.