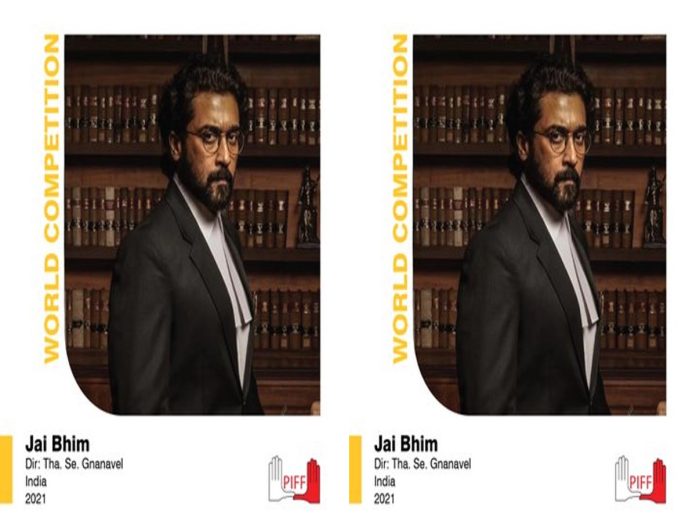 Suriya and director Gnanavel’s Jai Bhim has been included in the World Competition line-up at 20th Pune International Film Festival. Jai Bhim earned a lot of love and respect to the entire cast and crew who associated with it besides money.

At the last moment, it didn’t make it to the final list of Oscars 2022 Best Film category. It has given a tough competition to many Hollywood biggies. Now, Jai Bhim is all set to compete with the popular movies across the globe at PIFF 2022.

Share
Facebook
Twitter
Telegram
WhatsApp
Previous articleFans eagerly waiting for Big B, Pawan Kalyan, and Prabhas pics on the sets of Project K
Next articleBheemla Nayak Hindi promo is out