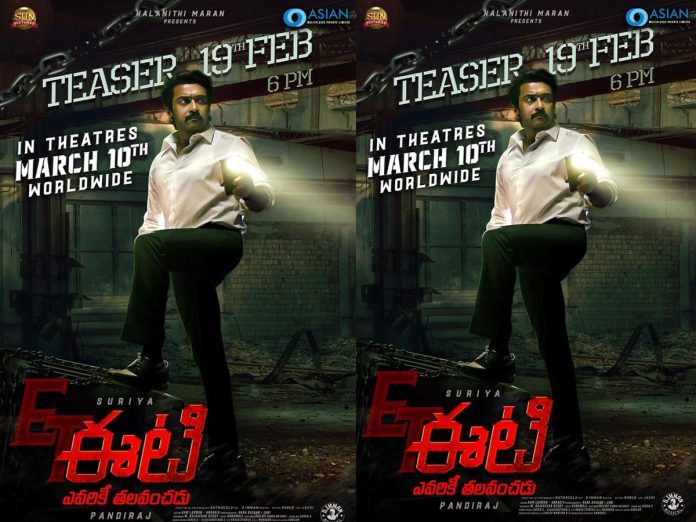 It was known that Suriya’s ET would be released in multiple languages including Telugu, Tamil, Hindi, Malayalam, and Kannada. Already, Suriya has wrapped up dubbing for Tamil and Telugu versions.

Today, ET Tamil teaser will be released at 6 PM in the evening. But his Telugu fans have felt disappointed as they didn’t have Telugu teaser details. It seems the ET team has understood the pain of Suriya Telugu fans and today, it unveiled the release date of the teaser.

The Telugu teaser of ET will be released tomorrow at 6 PM, on 19th February 2022. Well, the team has set the tag for ET as ‘Evariki Talavanchadu’. The movie will be released on 10th March 2022.