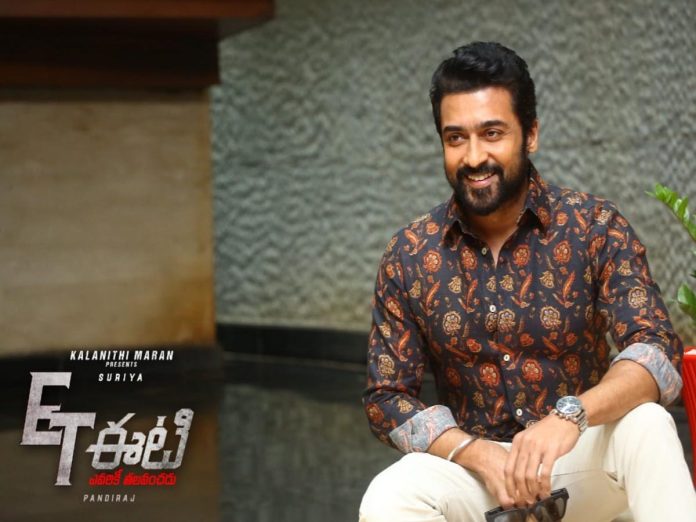 Superstar Suriya and director Pandiraj’s ET was running successfully in some theaters across Tamil Nadu. It was a blockbuster in Tamil. But the film was unable to meet the expectations in Telugu states.

According to the latest reports, ET will be released on OTT in Telugu, and Tamil on SunNXT and Netflix from 7th April on wards. Through ET, the director Pandiraj nicely blend the most burning issue with commercial elements.

ET was collected over 100cr worldwide. Priyanka Mohan, Satyaraj are the other lead actors in the movie, music is composed by D Iman, produced by Sun Pictures. Besides Suriya, Priyanka Mohan also received applause for her performance in the movie.