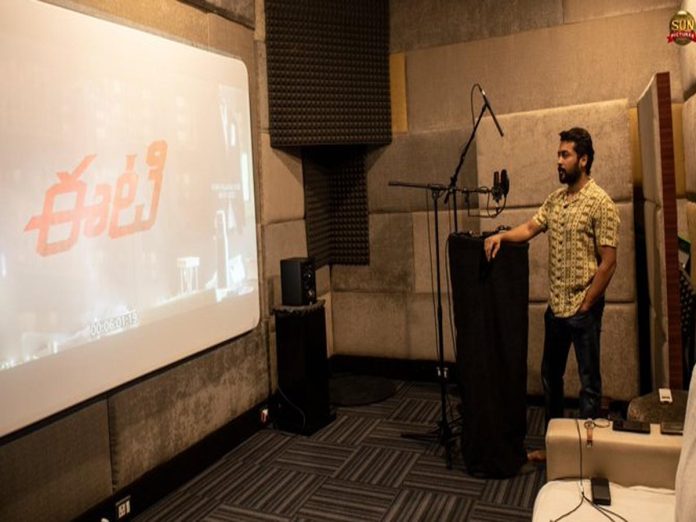 At Present, the South is conquering the entire nation with its refreshing content. Almost all south films of big stars have been scheduled for the grand release in multiple languages including Telugu, Tamil, Malayalam, Kannada, and Hindi.

Now, Suriya is lending his voice for the ET Telugu version. The Singham actor has a huge fanbase in Telugu. This was not the first time that Suriya was dubbing in Telugu. Earlier, he dubbed for Gang(Thaana Serntha Kootam).

ET is scheduled for the grand release on 10th March 2022.