SS Rajamouli to do Movie with Mega Star Chiranjeevi? 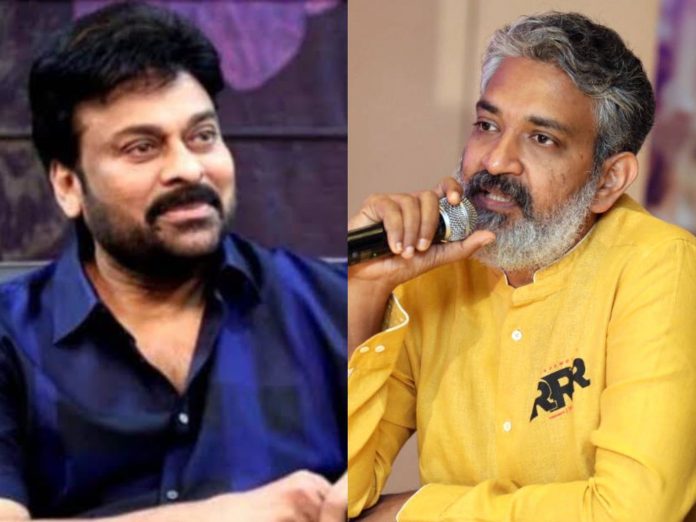 The Film Industry is all about the new leaks and buzz all the time. The recent hot news being spread is that SS Rajamouli is about to do a Movie with the Khaidi. Mega Star Chiranjeevi’s most awaited movie Acharya is all set to be released on the 29th of April. The filmmakers have planned a Major Pre-Release event today in Yousufguda Police Grounds at 8 pm. As Mega Power Star Ram Charan is also a part of the movie, the film has very high expectations.

There were many talks about the special guests for the event. First, they said that Pavan Kalyan and Mahesh Babu will be gracing their presence but later the talks were ended. Now it is confirmed that The Ace Director Rajamouli is gonna be there at the Pre-Release Event. Buzz is that the Mega Star is gonna do a movie in the RRR maker’s direction and they’re gonna announce it on the Stage today. But the industry is not so sure if the project is gonna get on track as Chiru has already been set up with four movies in line. Earlier there was a similar situation with the announcement of a movie with Trivikram but it faded slowly too. So we have to wait and see if this Project of Chiru and Rajamouli is gonna be in the records.