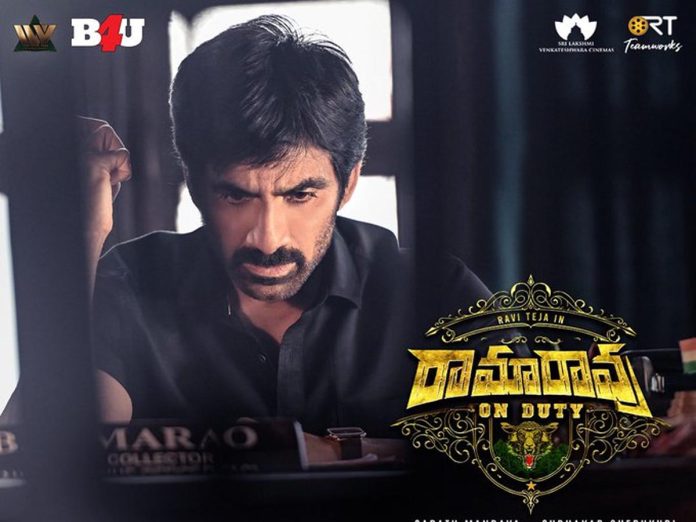 The teaser of Ramarao On Duty will be released on 1st March, the eve of Maha Shivaratri. The shooting of the film is almost nearing completion. This film is said to be one of the best films in the career of Ravi Teja.

Ramarao On Duty is confirmed for the grand release on 15th April 2022.