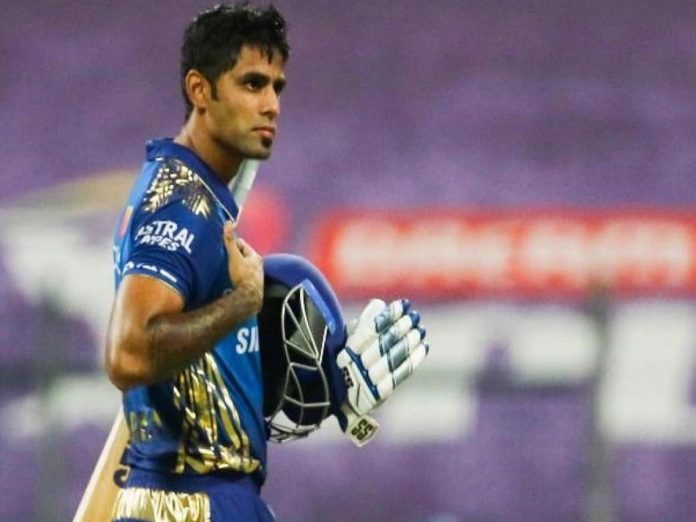 India’s white ball cricketer Surya Kumar Yadav who missed out the Sri Lanka series is unavailable for Mumbai Indians in the first game of IPL 2022 against Delhi Capitals. Due to hairline fracture in his thumb, he missed the SL white ball series and recovering at NCA, Bengaluru.

As per the Cricbuzz, SKY won’t play against Delhi Capitals on 27th March at Brabourne Cricket Stadium, which is Mumbai Indians first game in IPL 2022. He will be available from the second game on 2nd April against Rajasthan Royals. This match will be played at DY Patil Stadium.

After the second test, Rohit Sharma and Jasprit Bumrah joined the Mumbai Indians team. IPL 2022 will commence on 26th March 2022 and the first match will be played between Defending Champions CSK and Runners KKR at Wankhede Stadium, Mumbai.