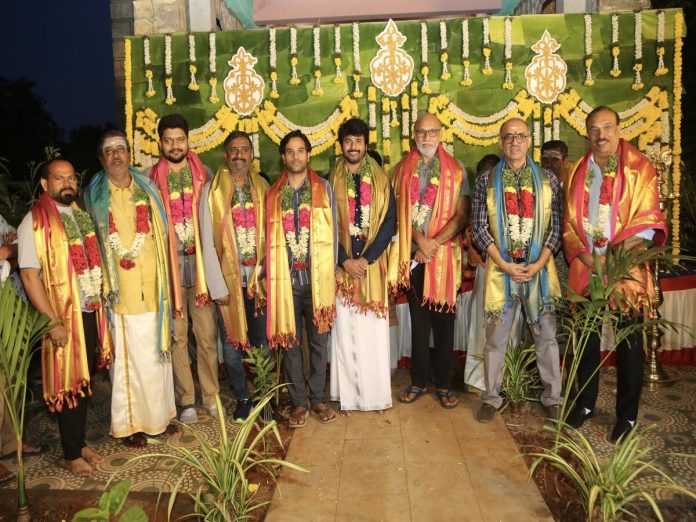 It was known that Siva Karthikeyan was making his Tollywood debut with Jathi Rathnalu director Anudeep’s movie. On the eve of Happy New Year 2022, this Telugu-Tamil bilingual was confirmed officially.

Today, this film has launched officially with a traditional puja ceremony at Karaikudi. Producer Suresh Babu, director Anudeep, Siva Karthikeyan,  Sathyaraj, Tamil producer have graced this auspicious occasion. The regular shooting of SK 20 will start from today onwards in Karaikudi.

The first schedule of this bilingual is said to be month long. In this schedule, the director Anudeep will shoot some key scenes on Siva Karthikeyan, Sathyaraj and the other lead cast.

In this crazy entertainer, Siva Karthikeyan is playing the role of a tourist guide. The team will reveal the female lead details soon. In SK 20, two female lead actresses, music is composed by SS Thaman, produced by Suresh Productions in association with Shanthi Talkies and Sree Venkateswara Cinemas LLP.