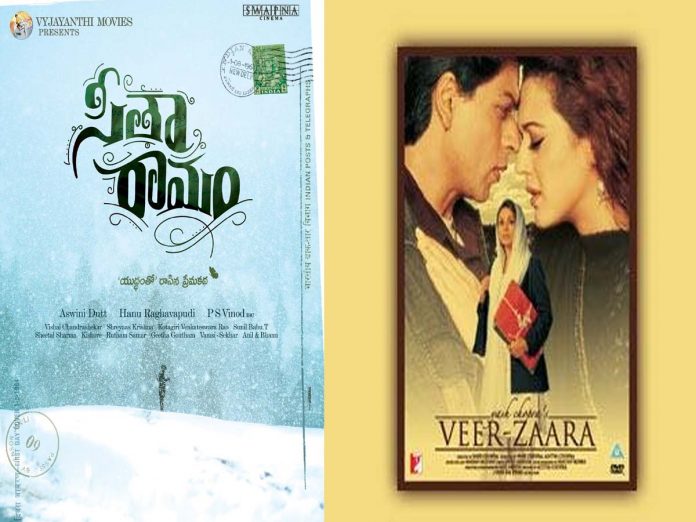 After Mahanati, Dulquer Salman was teamed up with talented Hanu Raghavapudi for a romantic love story. Murnal Thakur is the female lead. And the National Crush Rashmika Mandanna is in a key role. The film is produced by Vyjayanthi Movies.

Today, the team revealed the title of Dulquer Salman and Mrunal Thakur’s love story as ‘Sita Ramam’. The glimpse is out where Rashmika has the responsibility to reunite Sita and Ramu. And it ended up Afreen aka Rashmika asking about Sita and Rama.

This simple glimpse hints about the entire story of  Sita Ramam. This glimpse reminds me Legend Late Yash Chopra’ beautiful love story ‘Veer Zaara’, a love story between Indian air force pilot Veer(SRK) and Zaara Hayat Khan(Preity Zinta), a Pakistani woman( with political background). Saamiya(Rani Mukerjee) a Pakistani lawyer came to know that Veer was in jail for 22 years. Later she came to know the love story of Veer and Zaara, and how Veera was put in jai. In the end, how she reunited Veer and Zaara is the story.

Here in Sita Ramam also, Afreen is going to reunite Sita and Ramu. Besides, the tagline is ‘Yuddham rasina Prema Katha’. This too early to say about the story of Sita Ramam. But its strong feeling that it was on the lines of Veer Zaara.