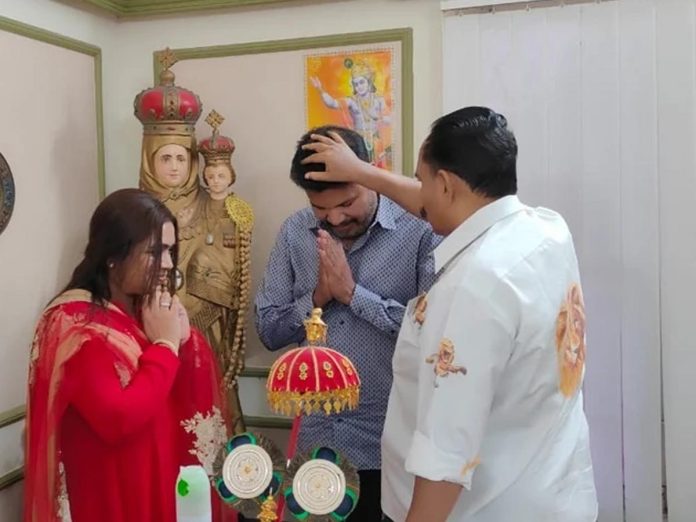 Creative Genius director Shankar has met his debut movie producer KT Kunjumon today along with his wife. He met him neither for Gentleman nor for any professional work. Shankar met to invite him for his daughter’s reception.

It was known that Shankar’ elder daughter Aishwarya married to TNPL cricketer Rohit on 27th June 2021. This wedding was sheer family affair. No one from the movie industry was invited.

Coming to the professional front, Shankar is busy with RC 15. The producer KT Kunjumon announced his return to production with Gentleman 2. He confirmed Nayantharaa Chakravarthy as the female lead and Maragathamani(MM Keeravani) as the music composer.