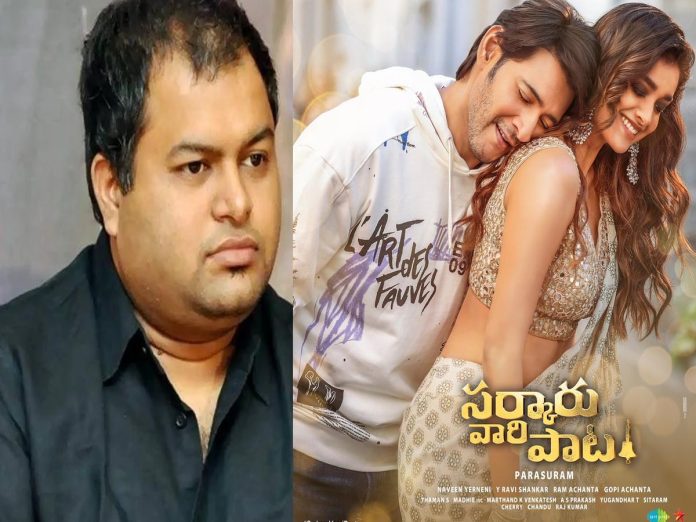 Thaman is extremely sad that the first song from ‘Sarkaru Vaari Paata’ got leaked before its scheduled official release. The leak has prompted Mythri Movie Makers to advance the release from February 14 to Sunday.

“The efforts of the team have been disrespected by the person who was given a job to work on the song. The song ‘Kalaavathi’ was done by a dedicated team of professionals, some of whom contracted Covid-19 and suffered a lot, for months. I am heartbroken and I don’t know how to put it in words,” the music director said.

He added, “The producer invested a great deal on the song. The song reflects our love for our hero (Mahesh Babu). The lyrical video was prepared with finesee. We used the world’s best technology. Some fellow easily leaked the song just like that. We couldn’t imagine that he would do such a thing.”