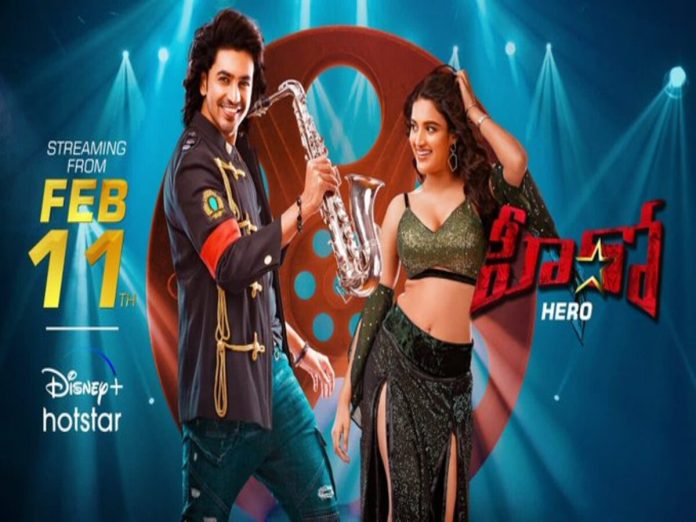 ‘Hero’, which hit the cinemas on January 15, has locked its OTT release date. The entertainer, starring Ashok Galla and Nidhhi Agerwal, will start streaming on Disney+Hotstar from February 11.

Directed by Sriram Adittya, the film faced stiff competition from ‘Bangarraju’ and ‘Rowdy Boys’. Otherwise, it would have been a box-office hit.

What is the film about?
Arjun (debutant Ashok Galla) wants to become a film hero. He is in love with his neighbour Subbu (Nidhhi Agerwal), whose father (Jagapathi Babu) doesn’t come across as a soft person. To add to his woes, Arjun receives a pistol via a misdirected courier. This puts him in trouble when he accidentally gets involved in a murder. The rest of the story is about who sent him the pistol, who the heroine’s father is, and why a Mumbai-based don is after Arjun.