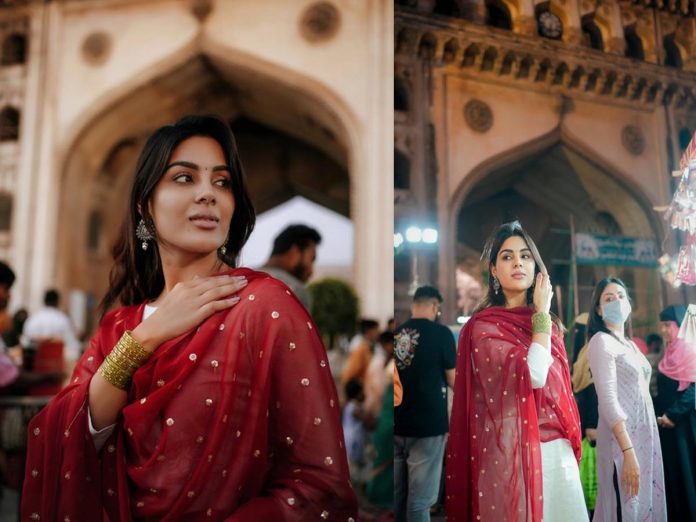 Samyuktha Menon has played the role of Rana Daggubati’s wife in ‘Bheemla Nayak’. Although she didn’t get to do much in the film (her character is restricted only to a couple of scenes), it’s believed that the Malayalam actress has managed to gain visibility.

At the pre-release event of the film, Samyuktha spoke for more than 10 minutes, longer than even Pawan Kalyan and KTR. She showed her gratitude and said that it was nothing less than a dream to get to work with a legend like Power Star.

Samyuktha is also doing Dhanush’s ‘SIR’, which is ‘Vaathi’ in Tamil. So, she has already bagged her second Telugu film.

From hereon, Samyuktha’s graph can only rise.