Samantha will perform stunts under that noted Hollywood action choreographer 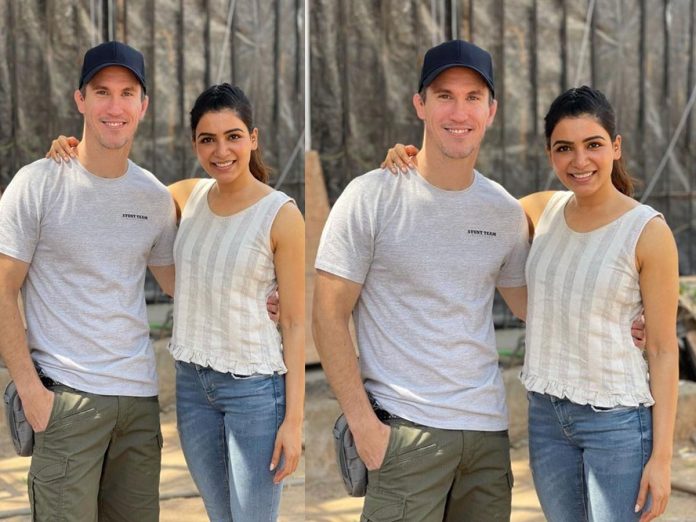 Lady Superstar Samantha is lined up with some exciting projects. Of them, Yashoda is one. For this sci-fi thriller,  Samantha is doing action after Family Man 2.  A Hollywood action choreographer Yannick Ben has been roped in for Yashoda.

Yannick Ben is known for his brilliant work in Hollywood movies like Transporter 3, Inception and Dunkirk. It is not his first Indian film. Earlier, he worked for Attarentiki Daredhi, 1 Nenokkadine, Tiger Zinda Hai, and Family Man series.

This is Sam’s second film with Yannick Ben after The Family Man 2. At Present, the shooting of Yashoda is going on in Hyderabad. It will be released in multiple languages.

Yashoda is produced by Sivalenka Krishna Prasad under the banner Sridevi Movies, written and directed by Hari Shankar and Harish Narayanan.