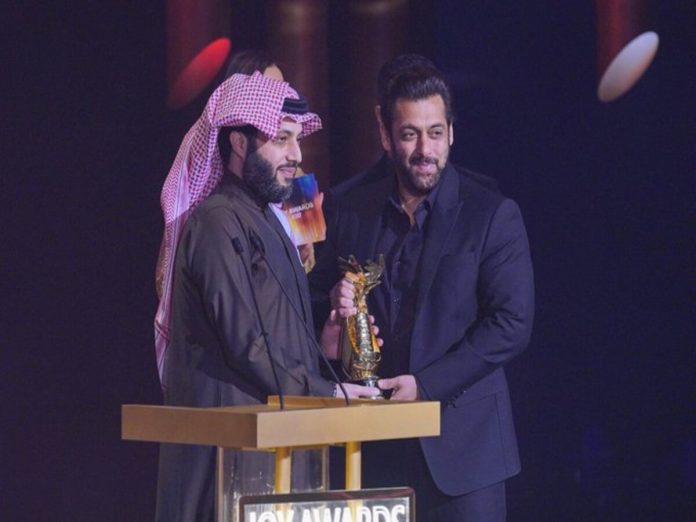 Last night, Riyadh shined with the glitters of stars from the Arab world of music and acting for the Joy Awards.  And our Indian Superstar Salman Khan and Hollywood Superstar John Travolta are also part of Joy Awards 2021.

Sultan actor has been given the ‘Personality Of The Year 2021’ award. Yes, Salman got that award. Salman thanked the Joy Awards jury for the honour and the people of Saudi Arabia for their immense.

Arab stars were on cloud nine for meeting Salman Khan. Well, Salman’s Tiger 3 is on the verge of completion. And he also lined up with some exciting projects. He will make a Tollywood debut with an extended cameo in Megastar Chiranjeevi’ Godfather.

Share
Facebook
Twitter
Telegram
WhatsApp
Previous articleRadhe Shyam gets a new date for the box office sensation
Next articleThere is no change of plans for Bheemla Nayak!