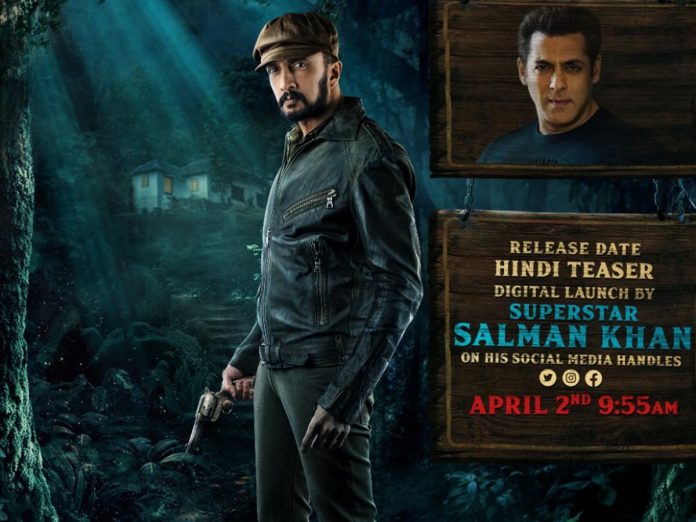 Megastar Chiranjeevi, Mohanlal and Simbu will launch Telugu, Malayalam, and Tamil teasers digitally tomorrow on the eve of Ugadi. Earlier, a dead anthem was released from Vikrant Rona and gained good attention.

This fantasy action adventure will be released in Kannada, Telugu, Tamil, Malayalam, Hindi, and English. Sudeep completed dubbing for his role in all languages except for Malayalam.
Due to Covid and aftermath, Vikrant Rona release was postponed several times. Soon, a clarification will be out on the release date.