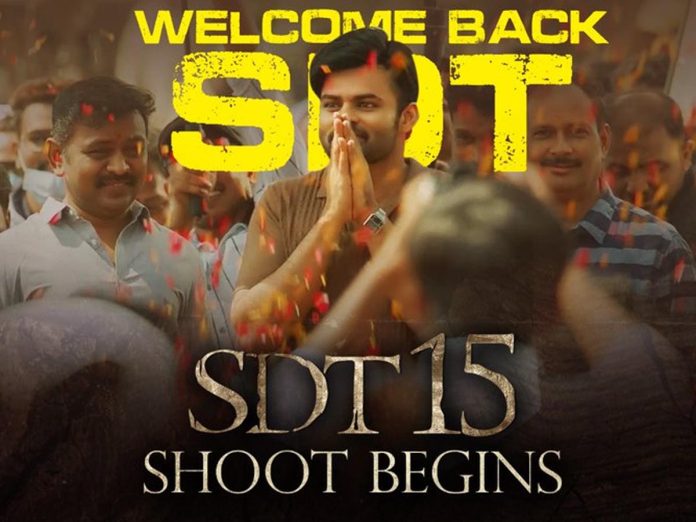 Finally, Supreme Hero Sai Dharam Tej has begun the shooting of SDT 15 with producer BVSN Prasad. Creative Genius Sukumar is also co-producing this flick. After he met with an accident in September 2021, this is the first time Sai Tej has joined the film’ shoot.

The entire SDT 15 team has surprised the Republic actor by welcoming him with ‘Welcome Back Sai Tej’ placards. People’s Star R Narayana Murthy, Varun Tej also there on the shooting spot.

The Supreme actor became emotional with the love of the team SDT 15. This film is a thriller, directed by Karthik Dandu, produced by Sri Venkateswara Cine Chitra and Sukumar Writings.