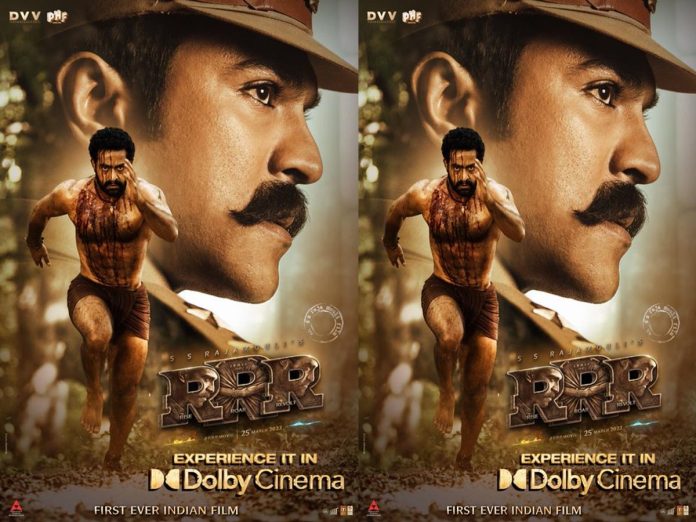 RRR team has been doing everything to give great experience to fans and movie lovers. After RRR was announced to release in IMAX format, now the team confirmed that India’s biggest multistarrer to release in Dolby Cinema format in overseas.

It is the first ever Indian film to release in Dolby Cinema format. It is a high quality format which gives better experience than IMAX. Already, RRR movie surpassed one million dollar mark with pre-sales itself.

The celebration anthem ‘Etthara Jenda’ will be released tomorrow. The RRR team is planning pre release events in Dubai, Karnataka, and Telangana.

RRR is confirmed for the grand release on 25th March 2022.