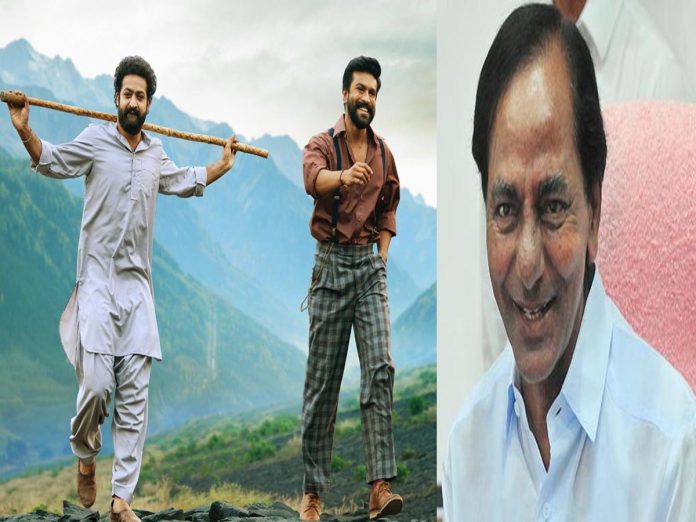 RRR team has thanked Telangana CM KCR and Cinematography Minister Talasani Srinivas Yadav for allowing fifth show in the state for the big budget films. The Telangana government which has been supporting Tollywood right from the beginning has allowed five shows per day for two weeks followed by hike in movie tickets.

After Bheemla Nayak, Radhe Shyam and RRR movies will also have five shows and hike in movie ticket rates. RRR team said, ” This is a big step as it only pushes us to produce more of such big budget and remarkable films.”

Well, RRR team is planning pre-release events in Karnataka and Telangana. For the Karnataka event, CM Basavaraj Bommai will attend as the chief guest. RRR storm hits the box office on 25th March 2022.