RRR surpasses one million in the USA 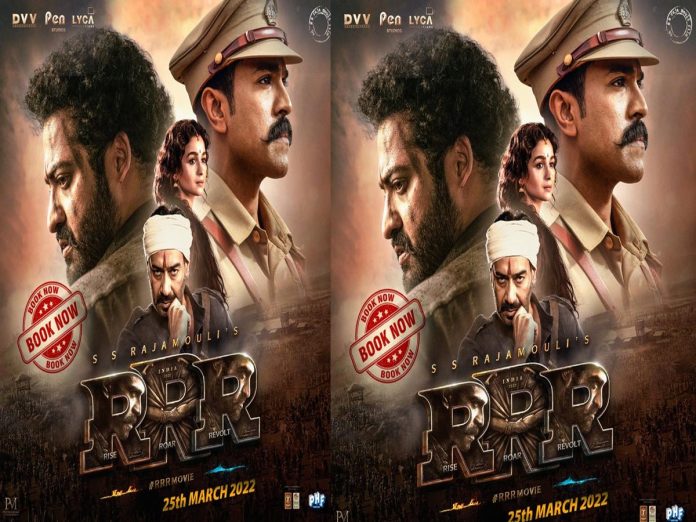 Mega Powerstar Ram Charan and Young Tiger NTR’s RRR has created a record in the USA through pre-sales. The Mega-Nandamuri multistarrer became the first movie in the history of Indian cinema to surpass one million mark even before two weeks of the movie’s release.

As quoted by trade analysts idlebrain jeevi, Srinivas Rachamalu, RRR collected over one million. The Telugu version contributed more to this feat. Cinemark theatre chain leads the bookings with over 60%.

RRR would like to open on a gigantic note at the box office. RRR promotions will resume with the celebration anthem ‘Etthara Jenda’ on 14th March. The director Rajamouli’s team is planning promotional events in Telangana and Karnataka. Regarding this, an official announcement is expected soon.