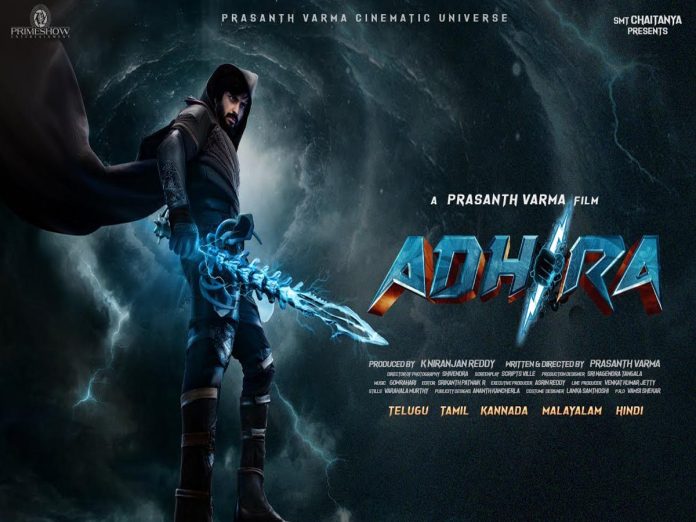 He is the second Superhero in South after Minnal Murali. Maverick director Rajamouli, NTR, and Ram Charan have released the first strike of Adhira. This first strike video unveils the first look of Kalyan Dasari as Adhira and it introduces the powers of Adhira.

As depicted in the promo, Adhira has the power of Lord Indra’s Vajrayudha. The other details about this pan India project will be revealed soon. After HanuMan, the director Prashant Varma will begin shooting for Adhira. It will be rich in technical values and visual effects.