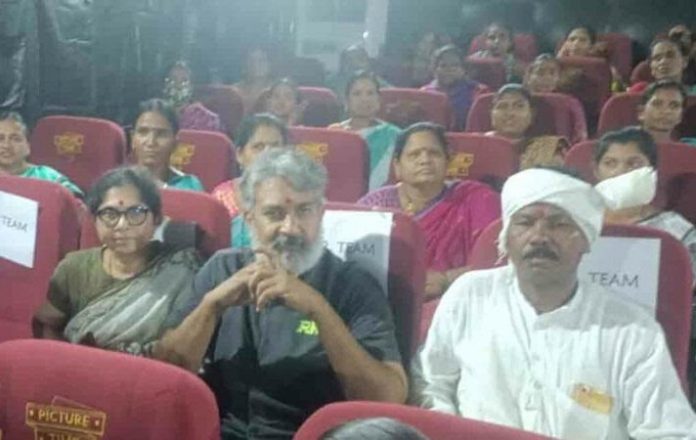 RRR was a guaranteed blockbuster since the time when they announced the film. Everyone was happy to hear that it’s a fictional story with the characters of Alluri Seetha Ramaraju and Komaram Bheem. But when Bheem’s intro promo was released, a lot of criticism was received as he was shown as a Muslim. The Legend’s own family also filed a case against the movie in court. Though the Jury has struck off the case in the first place, Rajamouli said that the film will answer all their questions and will satisfy them to the core.

Since when the film was released, it didn’t receive any negative comments from both the Alluri family and the Komaram family. Recently when the director visited the Asifabad, the native of Komaram Bheem, he received a grand welcome from his bloodline and the villagers. He even watched the film together with them and visited the museum where KOmaram Bheem’s Statue was established.